Nobody does it better
BRILLIANT, BOLDER, BIGGER, BRIGHTER & BETTER …

WHETHER BIG OR SMALL, AN EVENT IS A SPECIAL OCCASION TO SHARE WITH OTHERS.
Innovative concepts, creative design, flawless execution. An exceptional experience everytime.

To become the best you need to understand how the best think. Bring ceremony to life.

An exceptional experience everytime. Because in your dreams, every detail matters. 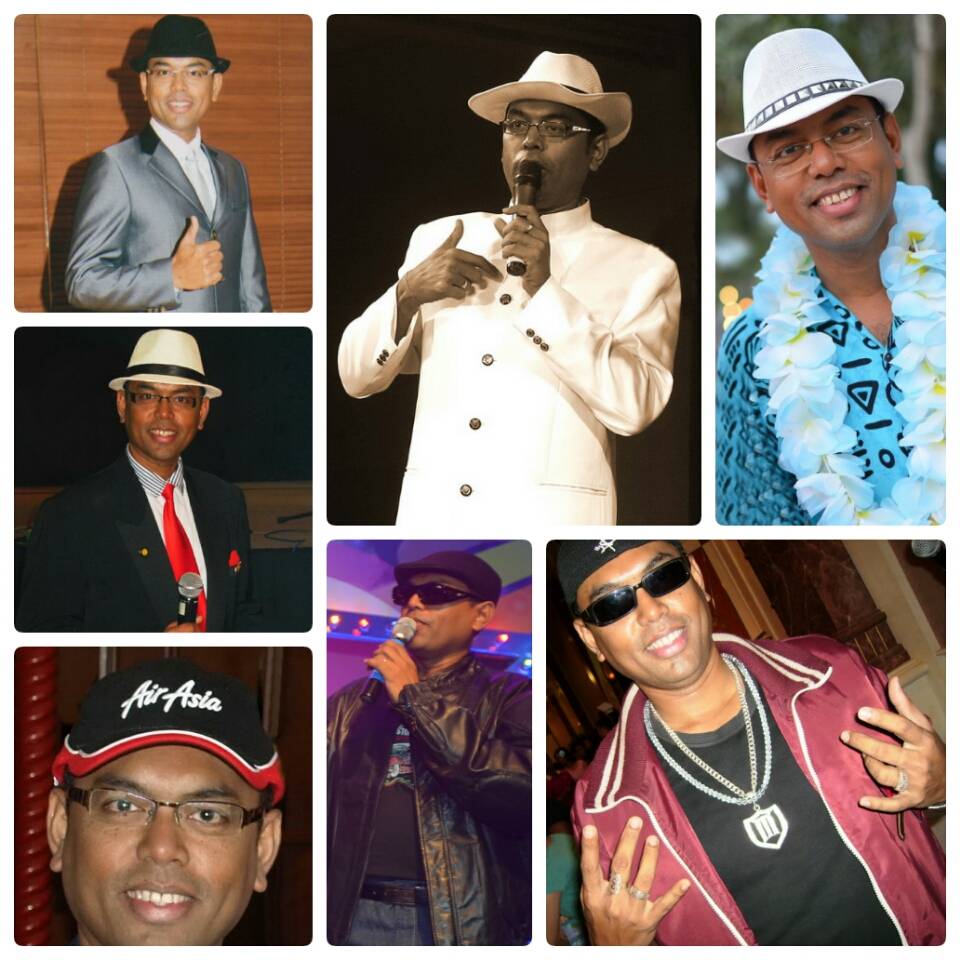 Make People Happy, Have Some Fun and Be Number 1!  Whatever the occasion, K.T. Pillai makes it one to remember! 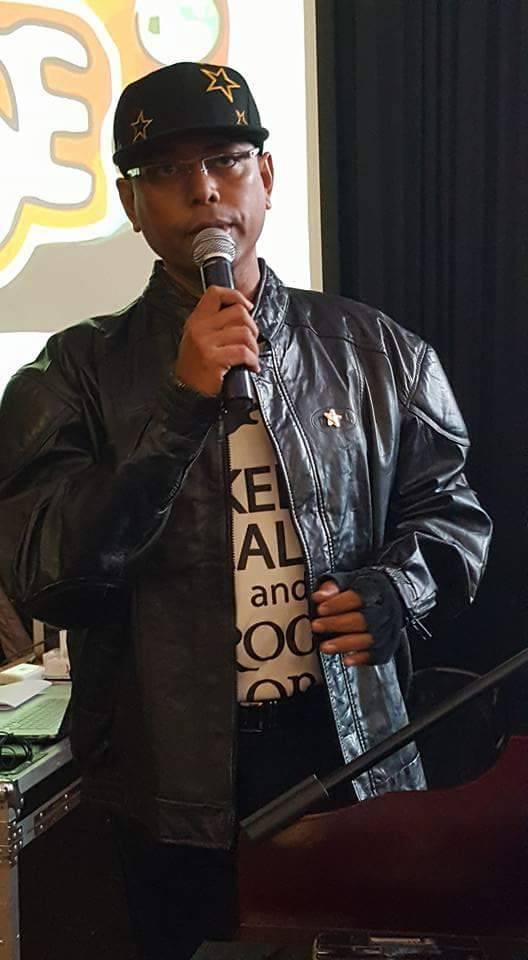 We create events that not only meet, but exceed your expectations each & every time.

is simple and unique………………Why? because we have all the expertise to consult and assist our clients in every way.

We listen to your needs and requirements.

We understand, brainstorm and propose.

We propose efficient & effective costing of your budget.

Every event is different, so it’s really important that you get the advice you need. Whether it’s your first time as an event organizer or if you know exactly what you are looking for, we are here to help you. Our reputation for excellence is built on a foundation of exceptional service, artistic flair and attention to detail. All backed by professional service from skilled consultants who are here to help you to create a successful event.

We do all the work, and you get all the credit.

K.T.Pillai AMP, PPT is an experienced, popular and renowned emcee with over 30 years of experience and has successfully handled numerous Malaysian national-level Open House celebrations namely the National Christmas Day Open House attended by His Majesty the King and Queen including foreign dignitaries as well as Deepavali Open House Celebration 2007 (at KL Sentral), 2009 (at Port Dickson), 2010 (at Sg.Petani), 2011 (at Kg. Jawa, Klang), 2012 (at Ldg Infoternak, Sg.Siput), the Chinese New Year Open House (2009, 2010) at Miri, Sarawak that were attended by an audience of over 25,000 people. He had also successfully handled the Tadau Kaamatan 2008 & 2011 (Harvest Festival) in Kota Kinabalu, Sabah attended by the Hon. Prime Minister and several Cabinet Ministers.

He was the Official Master of Ceremonies for the highly successful national-level Miss Malaysia-Universe Grand Final and Mrs Malaysia-World Pageant Grand Final for the years 2001 to 2007 held in Kuala Lumpur. He also hosted the Miss Sabah Malaysia World Pageant 2010 at Kota Kinabalu.

Pillai’s eloquence in different local languages such as Bahasa Malaysia, English and Cantonese makes him the incomparable first choice in most major events and with some minor touches of Tamil, Mandarin and French, he has long been the firm favourite for government and important corporate functions throughout the country.

It is little wonder that he is better known as the ‘1Malaysia Muhibah Emcee’. Pillai has been involved as an Events Consultant/ Professional Emcee/ Public Speaker/ Newscaster for the past thirty years.

“KT was the preferred choice as emcee/event manager for most of the events held in Perak during my tenure as the Perak Chief Minister from 1999- 2008. He was always punctual, dependable and took his job seriously. He ensured that each & every event was tailored carefully and he planned well ahead. There was never a dull moment when KT took over the microphone usually speaking in several languages. Even the Chancellor of University of Melbourne, Australia was mesmerized with his presentation. He will definitely go far in his career as a professional emcee/events consultant”.

“KT is an incredibly easy person to get along with both professionally and personally. Having been in the industry for so many years, he is indeed very knowledgeable managing events and is an excellent master of ceremony & public speaker. KT is multi-lingual, adept and passionate and insists on only providing the best.”

“KT speaks from his various experiences on the different types of events he had handled over the past 22 years ranging from royalty, national and state government events, official openings, corporate/annual dinners etc. He speaks eloquently and is always full of enthusiasm. He handled the annual Ipoh International Run (IIR) with over 12,000 participants successfully with utmost ease and professionalism. He is simply what we say – ‘’born to talk’’……”

“Whether it is an event involving the Royalties, opening ceremony, annual dinner, family day, wedding dinner, kindergarten concert or presenting a seminar- KT had always been so entertaining, exciting & enlightening. He adapts easily like a “chameleon” to the event proper from Palace protocol to casual, fun or humour! He uses simple yet effective words to make his presentation interesting and lively”.

“KT automatically comes alive the moment a microphone is presented to him. That must be his forte – effective Communication & Public Relations. He is multi-lingual, talented and witty on stage. He successfully handled our Public Utilities Board event in Singapore .”

“I guess you have to have the ‘gift of the gab’ to be a successful Emcee & speaker and that is what KT has in abundance. Effervescent as a glass of champagne, one will probably have to ‘cork’ him up for him to stop talking….and in a multitude of languages at that.”

“KT was the ‘’preferred choice’’ since 14 years ago for all our formal & annual events. He hosted our events every year without fail & we still have not got bored of him. It must be his ‘’Magical Charm’’ when he is on stage……. simply electrifying, sensational & fantastic!”

“KT had successfully hosted the Annual National Marketing Convention held in Phuket @Thailand, Kota Kinabalu, Langkawi, Ho Chi Minh City @Vietnam, Negombo @Sri Lanka and Guilin @China. He simply mesmerized everyone by welcoming the audience in various mother tongues. He even performed a ‘rap song’ so that his presentation is different every year. Our top producing agents are delighted with his style of presentation”

“If you need a person to successfully handle an event plus have lots of fun with quizzes + games, KT is definitely the solution to your problem. He had successfully handled all the Perak MATTA Travel Fairs since its’ inception till present and that is for 14 consecutive times!!!……..He is precise, punctual, quick, witty and knows how to ‘cover’ silent spots!! He is simply born for the stage.”

“I have no special talents. I am only passionately curious. No matter what you want to do with your life, be passionate.”

We are very serious about our profession. We NEVER stop improving.

Your vision. Our innovation. Event solutions. 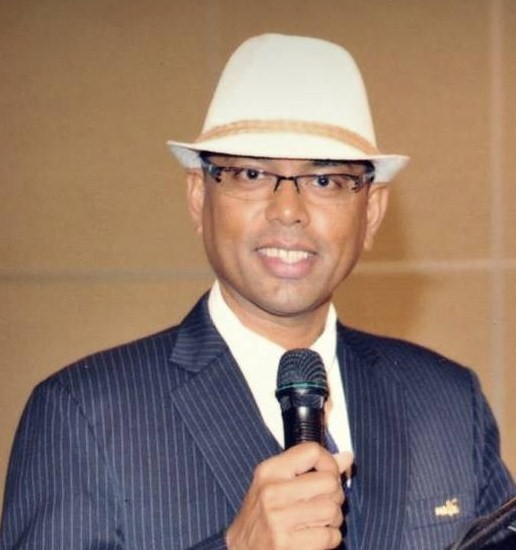 We take your fun seriously.

Be a guest at your own event. Fabulously planned… Remembered always!